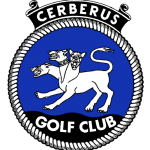 Golf has been part of the HMAS Cerberus Naval Base, originally Flinders Naval Depot, for over a century when officers first played at the base in 1921.  Back then, it was a course constructed near the West Gate, west of the current Warrant Officers’ and Senior Sailors’ Mess.  The land was reclaimed during the Second World War and used as a training area for close-range AA Gunnery firing.

The next course constructed on the grounds, comprised of just a few holes and was constructed not far from the Wardroom (Officers’ Mess).  However, this land was later taken over as a sewage treatment plant.

A replacement golf course was then constructed behind where the base gymnasium now stands.

In a fourth attempt to build and replace the golf course, the Commanding Officer at the time applied for funding but was denied.

Later, an imperative to clear and construct firebreaks around the married men’s quarters earned funding approval.  Once established, the firebreaks incredibly took on the appearance of nine fairways.  Developmental work on a golf course on these firebreaks were then carried out by volunteers and personnel under disciplinary action.

Development of the course in its current location began at the end of the Second World War, with the nine holes completed in 1946.  The original greens were simply flat, circular sections at the end of the fairways until 1974 when the golf club members, exclusively Defence Force Personnel, under supervision of a firm named Green Masters constructed the current greens.

In total, there had been four golf courses constructed on the grounds of HMAS Cerberus Naval Base.

The present clubhouse was built and funded by the members in 1988.   It seats around 100 people and has a bar and kitchen area as well as an outside covered patio and barbeque area.  Facilities that rare are well utilised by not only club members but also social groups.

Commonwealth funding for the majority of course maintenance was withdrawn from 1999. 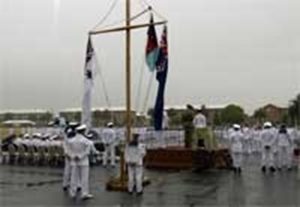 In order to maintain the golf course, the club was forced to purchase its own equipment, employ a course superintendent and manager, as well as fund all other maintenance work on the greens, tees, fairways and the rest of the course.  To support these necessary maintenance works, the golf club had to increase its revenue, therefore permitting use of the course by green-fee players, following the base Command approval.

Today, the course still relies heavily on volunteers to supplement the efforts of paid staff.

Membership at Cerberus Golf Club had only been opened to the general public for a relatively short period of time.  Prior to the end of 1999, use of the course was exclusively for Defence Force personnel, their families and their invited guests.  For this reason, Cerberus Golf Club remains one of the hidden gems among the Mornington Peninsula golf courses.

Cerberus is a challenging course with an opening par-4 of 407 metres and it has five par-5s ranging in distance from 419 to 507 metres.   The fairways are tree-lined and there are beautiful views of Western Port Bay and Hann’s Inlet. 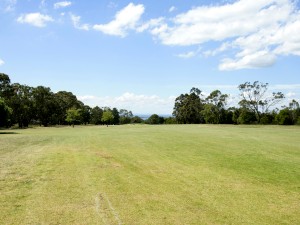 The feature hole at Cerberus is the 507-metre par-5 seventh.  With a tee adjacent to the base’s cemetery, and with a backdrop to the green of Western Port Bay and the Dandenong Ranges in the distance, it is indeed a lovely golf hole.

More senior members tell of the times when they could easily reach the green in two as it was downhill most of the way without a blade of grass.  They likened it to hitting down an aircraft runway.

Today, the fairways have a lush coverage of kikuyu and the greens are mixture of bent grass and Poa Annua.

If you are a visitor playing for the first time, take note of the single headstone in the cemetery that is at right angles to all the others.  History tells us that the occupant, who was a senior officer on exchange from the Royal Navy, selected his own gravesite when terminally ill and wished to be forever left facing his office.  This was in the days when the gum trees were in their infancy and the base could be seen from there.  Today, the gums stand tall and are a lovely natural feature of this course.

The course now stands as one of the best nine-hole / eighteen-tee courses around.  Several social golf clubs have made Cerberus their ‘home’ club and there is considerable interest in Seven-Day membership.  Similar to most golf courses around Australia, the field is always full for Saturday competitions, therefore making Six-Day membership readily available.

The club is affiliated with Golf Peninsula Victoria (GPV) and the course has a par of seventy-two.  Visitors are rarely disappointed and frequently pleasantly surprised by what they discover.

ENJOY A ROUND OF GOLF OR
EXPLORE OUR MEMBERSHIP PRIVILEGES.